An iPhone is a marvelous machine. Like all smart machines made to make our lives easier, it is much smarter than us—sometimes too smart for its own good.
An iPhone can compose a panoramic photo with a simple turn of the wrist. This process is user-friendly and totally automatic, but like all similar methods, the results are perfect but bland. Things get more interesting when the iPhone makes a mistake, especially when the mistake is huge. The trick is to trick the iPhone so it doesn’t realize that it is making a mistake: to have it process photos captured in unintended conditions, to force it to perform under duress.

Of course, the mistakes an iPhone makes are right, at least according to the perfect math of its photo- stitching algorithms. Moreover, they are beautiful mistakes. Buildings stretch or fold like accordions, billboards get translated into characters that are illegible but terribly familiar, and bystanders mutate into nightmares reminiscent of Hieronymus Bosch or Chris Cunningham.

These panoramas are not picture-perfect. They do not portray reality with photographic precision, but instead record impressions of the landscape. They show how a distracted brain perceives an uninteresting place. They are portraits of what you see from the corner of your eye.
These are non-panoramas of non-landscapes.

I use this technique to document and to study the non-landscapes of our contemporary culture. I am interested in the outskirts of our built environment: those banal landscapes nobody pays attention to, much less admires. The harsh, unkept realities beyond the edges of our cities and buildings that contrast sharply with the imaginary, idealized versions we see in the media and engrave in our memories. The places that we navigate between destinations or landmarks, the stuff between memorable experiences.

I have been making these non-panoramas for the last year. The first batches were done while traversing the exurbia of New Jersey: the leftovers of American suburban infrastructure that you see in your daily commute, never watching closely. You move through these landscapes in a dream state, lost in your newspaper and your headphones. More recent expeditions have taken me to the northern reaches of Manhattan and, inevitably, the marvelous Albrook Mall in Panama City: another space one moves through in a haze, this one caused not by ennui but by excess stimuli.

While each of these non-panoramas is a beautiful thing by itself, they become better when assembled in a group. For this project, I’m stacking them in columns, arranged so that subtle patterns appear when seen from afar.
These will be printed as a series of tall posters—like stelae—on 36”-wide rolls of photographic paper, and presented pinned to the gallery walls. So far I have accumulated material for four of these pieces— Harlem, New Jersey under gray and blue skies, and Albrook Mall—but in the coming year I anticipate being able to grow the series to fill as large a room as I get assigned. 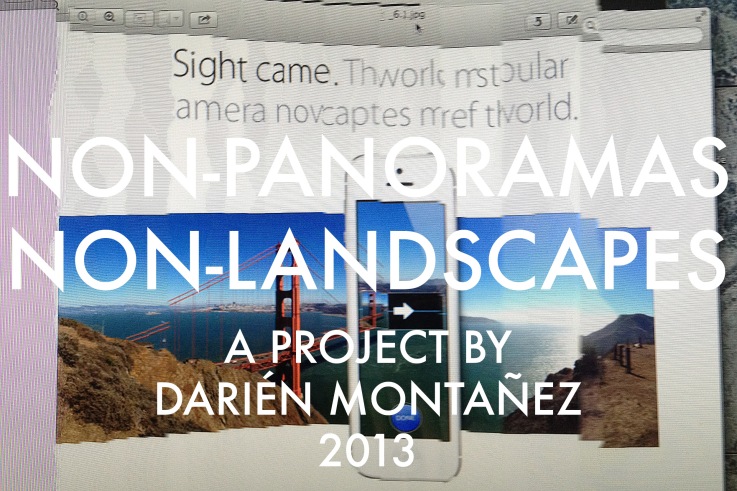 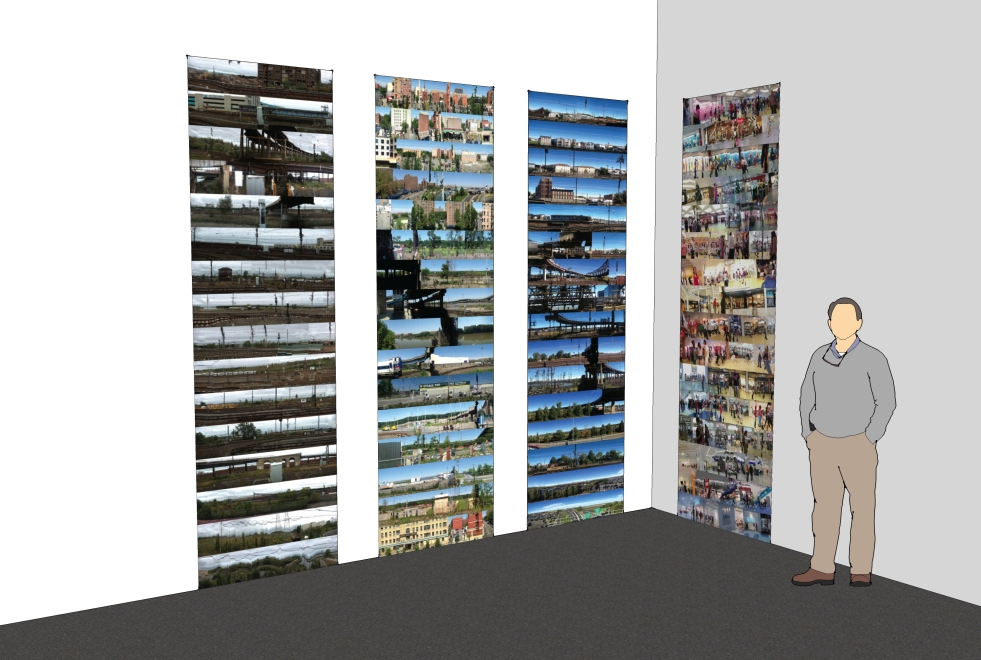